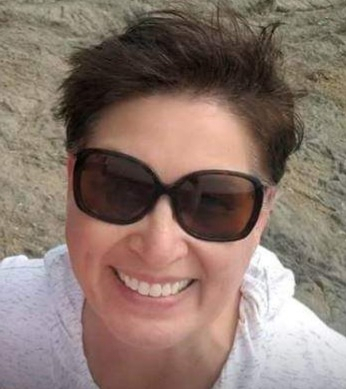 When I was a kid I thought my dad's camera was the coolest thing I had ever seen.

I would learn years later it was a Kodak Retina-1a he bought in Germany when stationed there in the mid-1950s. I was never allowed to touch it of course, but being a kid I did anyway ... sneaking it out of the closet when no one was around, just to gaze at it from all angles, mesmerized by all the mysterious numbered dials and knobs.

It would be a dozen or so years later before I had a chance to actually get hands-on with those "dials and knobs" when my husband gave me a Mamiya 1000S the year our first child was born. I practiced when I could with a youngster running around and managed to learn a few things, then took a couple of classes to fill in the blanks. I'm glad for the experience of working with film and in the darkroom. I think it's good to have tangible roots in the past ... but isn't this "digital age" amazing? It's hard to imagine photography otherwise!

I've gone from hauling around a $1,000 Sony Mavica "Digital Still Camera" with a screamin' 0.3 megapixel sensor and a box of 3.5" floppy drives for storage in 1997, to the Canon EOS XTi in 2007, later upgraded to the Canon 7D and recently bought Canon's 6D Mark II since two bodies are always better than one, right?

I live in the Northern California wine country with my husband. From here we are within a couple of hours drive in any direction to the ocean, the mountains, the redwoods, or the desert, so my photo interests are in the nature/landscape category. We have two grown children and someday I'd like to photograph our grandkids ... but not quite yet ... since we both love to travel!

I know photography will be a never-ending learning process for me. With new technology making almost daily appearances, I don't see how it could be anything else! I read a lot, take notes on what works and what doesn't. I have a wish list of prime lenses I'd like to buy once I've become completely proficient with the ones I have. I use Lightroom of course, Photoshop CC for creative tweaks and love Nik and Topaz filters for artistic ones.

This amazing community of photographers here at Betterphoto.com always inspires me! A seldom-contained imagination-machine which continues to conjure the most creative expressions of our human existence ... I'm so proud to stand among you!

...Many years later by the way, dad gave me that old Kodak Retina camera. It's still just as cool as it was when I was 10 and remains one of my most cherished possessions. Although I didn't realize it at the time, it's what first struck the chord in my mind's eye of the possibility to create art in the manipulation of light and time.

Thanks for stopping by my gallery, I hope you enjoy what you see! -- Ann Varley