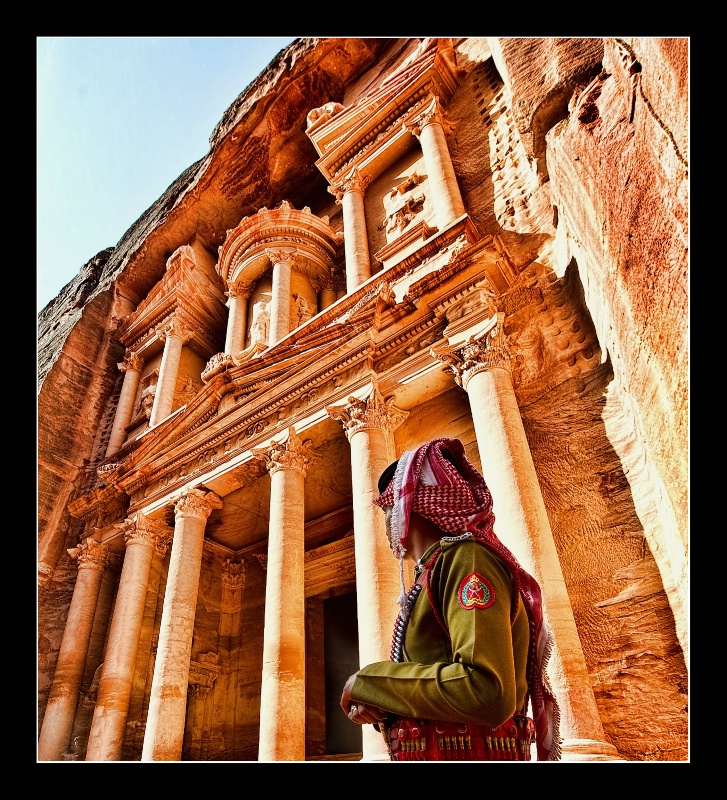 thanks, yeah I thought so, the people element gave it the extra push. Thanks again #8552602

The first sight visitors see upon emerging from the 1.5 kilometer-long Siq is the Treasury (Arabic: al-Khazneh), the most magnificent of Petra's sights. One of the most elegant remains of the ancient world, the Treasury is carved out of solid rock and stands over 40 meters high.

The Treasury was probably constructed in the 1st century BC. As its design has no precedent in Petra, it is thought that it was carved by Near-Eastern Hellenistic architects.

The purpose of the Treasury remains something of a mystery. One thing that is fairly certain, however, is that it was not a treasury. In reality, the Treasury is generally believed to be a temple or a royal tomb, but neither conclusion is certain.

The tomb/temple got its popular name from the Bedouin belief that pirates hid ancient pharoanic treasures in the tholos (giant stone urn) which stands in the center of the second level. In an attempt to release the treasure, Bedouins periodically fired guns at it — the bullet holes whic