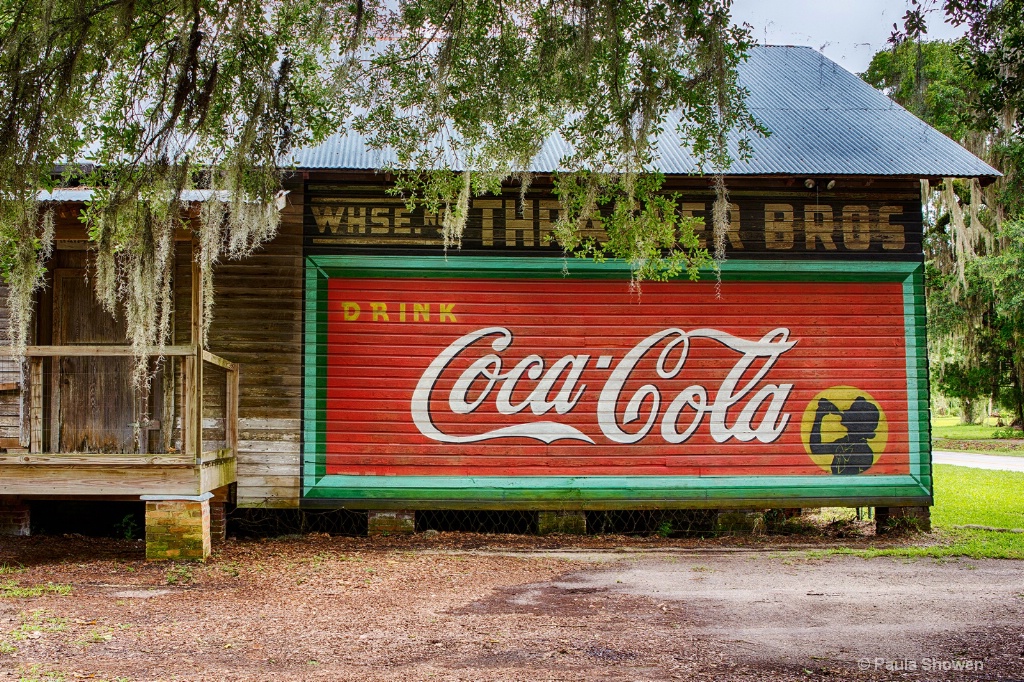 The warehouse was served by a branch of the Atlantic Coast Line railroad until the 1950's. The Coca-Cola sign was painted in 1930 by Mr. Burke of Jacksonville Florida, who painted many Coke ads on buildings and barns. The building is now a historic building and museum.

This is an HDR compilation. The photos were taken at 4:35pm under overcast skies, not long after raining. I used aperture priority and no flash.

Copyright for this gallery photo belongs solely to Paula Showen. Images may not be copied, downloaded, or used in any way without the expressed, written permission of the photographer.
Log in to follow or message this photographer or report this photo.