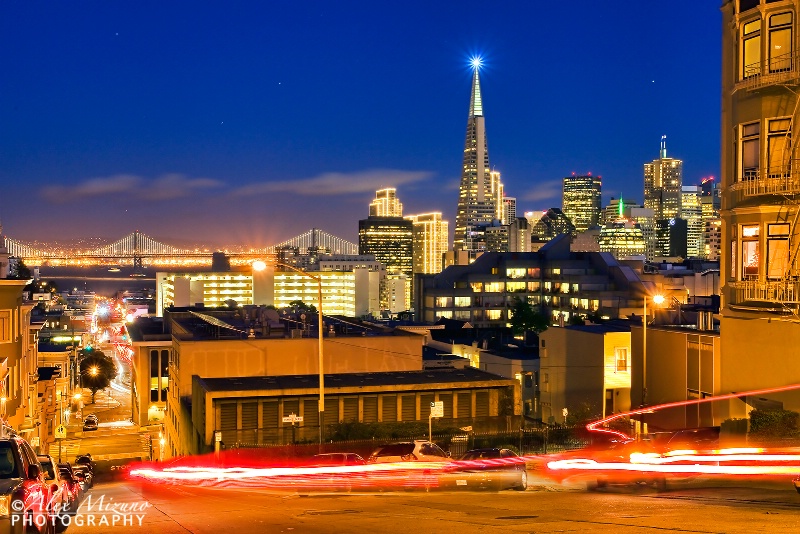 I wanted to shoot Christmas illumination of San Francisco including the beacon at the top of the Trans America Pyramid on Christmas Eve. The afternoon rainstorm worried me but luckily, it went away after the brief shower. I headed to the top of North Beach hill. It was a long walk but it was worth it. I could capture the Trans America Pyramid beacon agains the clear blue sky along with the illuminated Embarcadero buildings and the Bay Bridge.