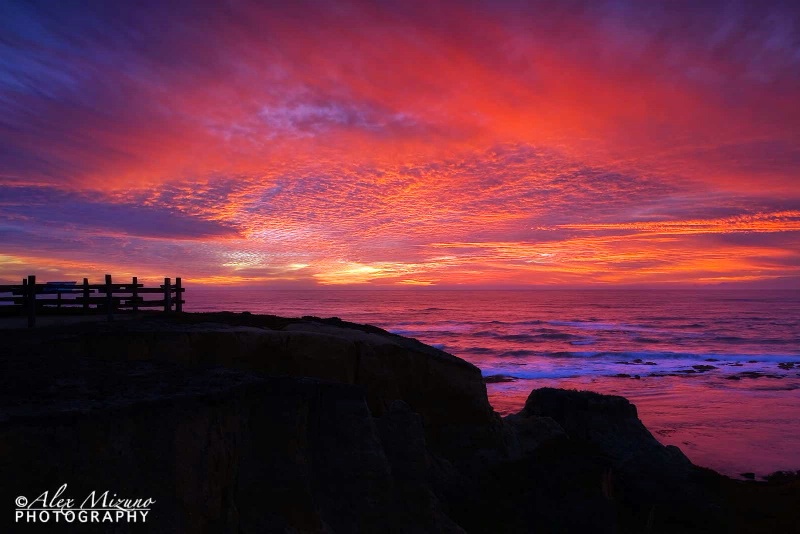 As a landscape photographer, I know I shouldn't pack my camera soon after shooting a sunset. However, I broke the rule today since I was anticipating a long drive home. Then, as I was about to go down the hill of Moss Beach, I saw the sky was suddenly ablaze and the ocean was reflecting the burning color. I had never seen such a spectacular twilight for months. I quickly took out my gear and started firing away.