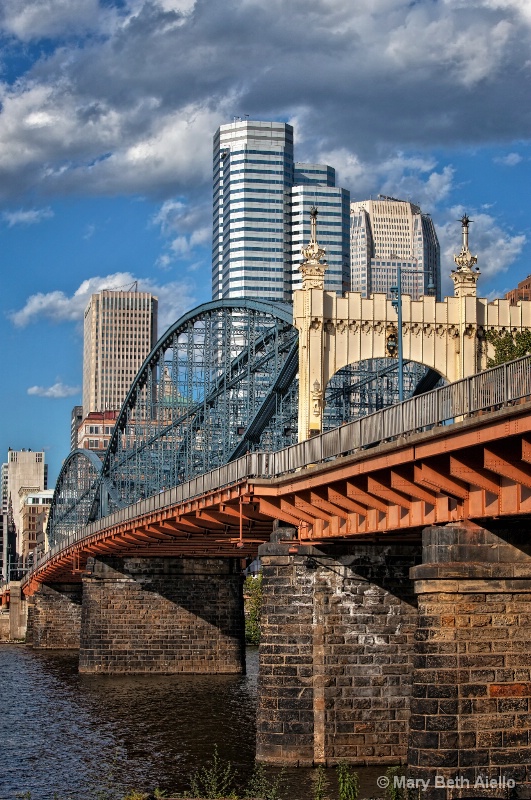 Pittsburgh -- a city of 90 neighborhoods, three rivers, and 446 bridges. The Smithfield Street Bridge is just one of them. This bridge, which crosses the Monongahela River, connects the City of Pittsburgh to its South Side. Built between 1881 and 1883, it is the second oldest steel bridge in the United States, and is a designated National Historic Landmark.

Copyright for this gallery photo belongs solely to Mary Beth Aiello. Images may not be copied, downloaded, or used in any way without the expressed, written permission of the photographer. Contact photographer via gallery
Log in to follow or message this photographer or report this photo.