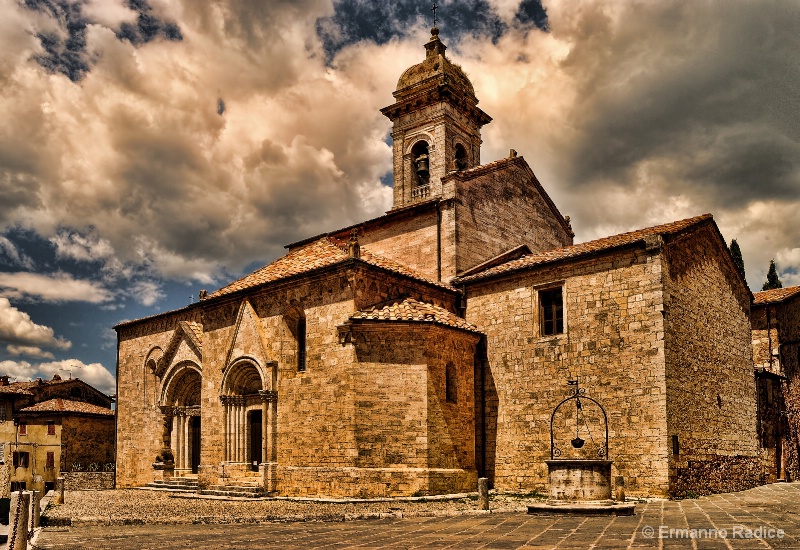 Magnificent presentation Ermanno with an excellent history story! Reminds me of the old Missions in San Antonio, Tx. but they are not near as old as this beauty! #11067877

Big Congratulations on your beautiful finalist my friend!!!! #11100205

It was an ancient parish preceded by an eighth-century baptistery. The current building was built towards the end of the twelfth century or the beginning of the next century; the oldest part seems to be that corresponding to the facade and in particular to the portal. The final part was completely altered with the removal of the apse originally in 1653 to build the choir.
the Facade
The church has a Latin cross plan with a single nave and apse chapels. Of the three portals, the most significant is the main portal of the Lombard style, consisting of a porch stood out slightly arched (architecture) to all sixth, decorated and supported by two pairs of columns on each side, sandstone, knotted at the center and resting on lions. On top of the colum

Copyright for this gallery photo belongs solely to Ermanno Radice. Images may not be copied, downloaded, or used in any way without the expressed, written permission of the photographer.
Log in to follow or message this photographer or report this photo.