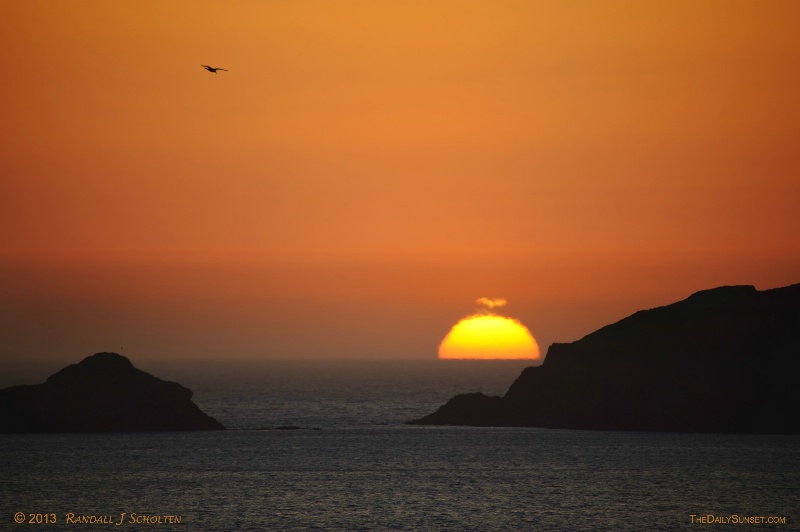 Huge congrats and best luck on your gorgeous finalists!! #1529853

Congratulations on your beautiful Finalist, Randy. I love it when clouds add mystery like that! #10714222

It is such an honor to be able to congratulate each and every one of you for your winning photographs for the month of April, 2013. Merna Nobile #10718156

Another sunset under clear skies! As the sun slipped closer to the horizon, it warped and shape-shifted continuously until it disappeared behind the horizon. The edges appeared as if there were flames leaping out from the sun. Several times the top separated from the rest of the sun, and in this photo it appeared to take the shape of a bird.

Quote of the Day: “Even as a child, she had preferred night to day, had enjoyed sitting out in the yard after sunset, under the star-speckled sky listening to frogs and crickets. Darkness soothed. It softened the sharp edges of the world, toned down the too-harsh colors. With the coming of twilight, the sky seemed to recede; the universe expanded. The night was bigger than the day, and in its realm, life seemed to have more possibilities.” –Dean Koontz

Copyright for this gallery photo belongs solely to Randall J. Scholten. Images may not be copied, downloaded, or used in any way without the expressed, written permission of the photographer.
Log in to follow or message this photographer or report this photo.