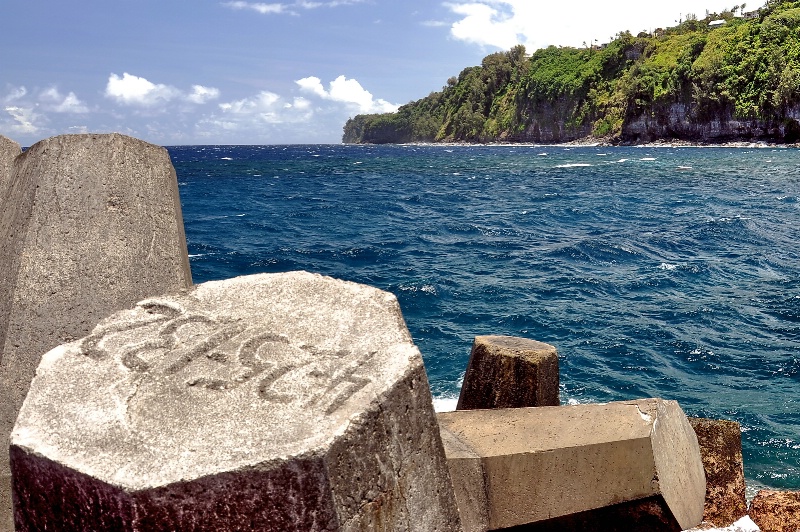 A dolos (plural dolosse) is a concrete block in a complex geometric shape weighing up to 20 tons, used in great numbers to protect harbour walls from the erosive force of ocean waves. They were developed in 1963 and are found in millions around the world. It is through these simple yet effective use of low tech technology that many harbors are protected such as this one in Hawaii.Eric Mowbray Merrifield, East London Harbour Engineer won the Shell Design Award & Technology Gold medal.

Copyright for this gallery photo belongs solely to Songbird Cline. Images may not be copied, downloaded, or used in any way without the expressed, written permission of the photographer. Contact photographer via gallery
Log in to follow or message this photographer or report this photo.