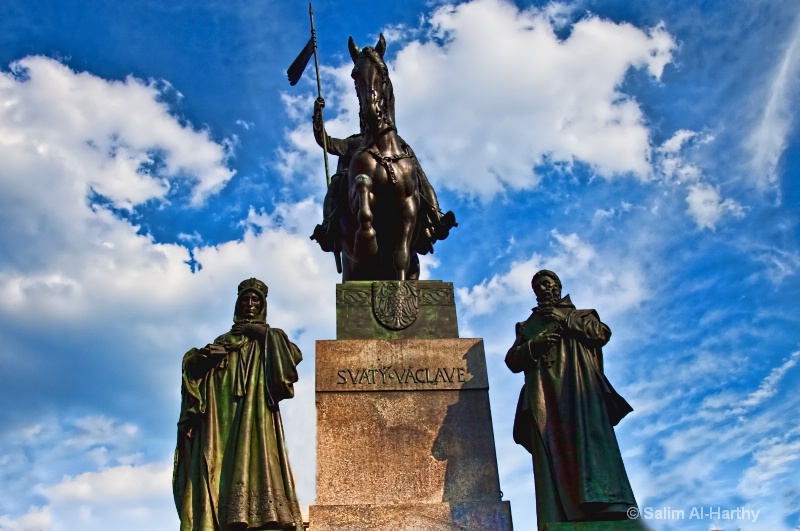 At the top of Wenceslas Square, the statue of St. Wenceslas (Svatý Václav) on his horse cuts a striking figure. This is the "good King Wenceslas", who was murdered over a thousand years ago by his brother Boleslav, and now a Czech national hero. In front of St. Wenceslas there are two plaques in memory of those killed during the Communist era. One is dedicated to Jan Palach, who set himself on fire in protest at the Soviet invasion.

Copyright for this gallery photo belongs solely to Salim Al-Harthy.
Images may not be copied, downloaded, or used in any way without the expressed, written permission of the photographer.
Log in to follow or message this photographer or report this photo.