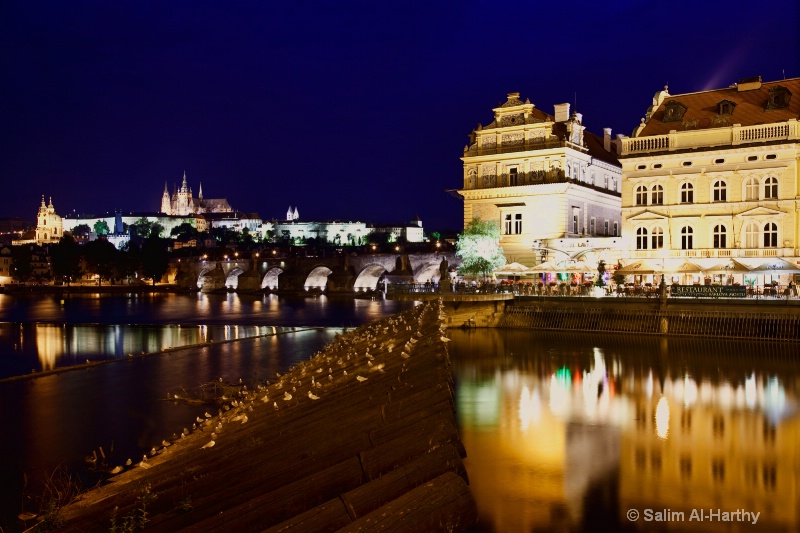 The Vltava ( listen (help·info); German: Moldau) is the longest river in the Czech Republic, running north from its source in Šumava through Český Krumlov, České Budějovice, and Prague (Praha), merging with the Elbe (Labe) at Mělník. It is 430 km long and drains about 28,090 km2; at their confluence the Vltava actually has more water than the Elbe, but joins the Elbe at a right angle to its flow so that it appears a mere tributary. The river is crossed by 18 bridges and runs through Prague over 31 km[1]. Several dams were built on it in the 1950s, the biggest being Lipno Dam in Šumava.