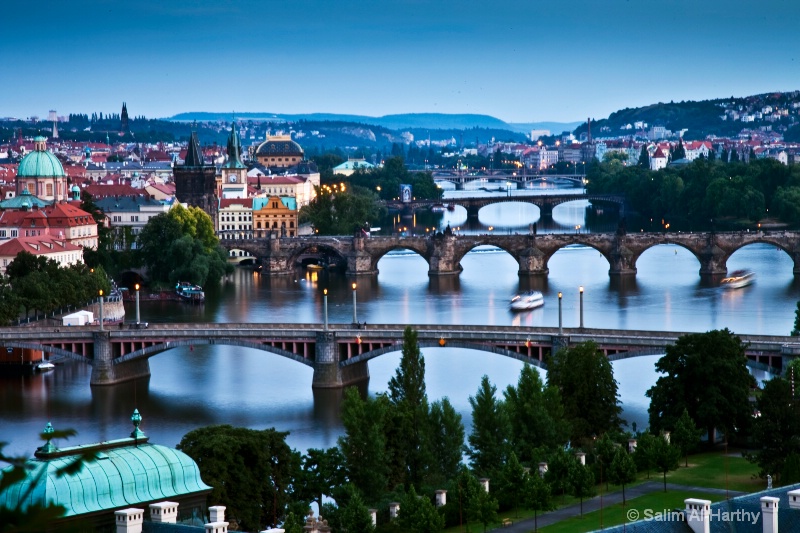 Prague (pronounced /ˈprɑːɡ/; Czech: Praha pronounced [ˈpraɦa] ( listen), see also other names) is the capital and largest city of the Czech Republic. Nicknames for Prague have included Praga mater urbium/Praha matka měst ("Prague – Mother of Cities") in Latin/Czech, Stověžatá Praha ("City of a Hundred Spires") in Czech or Zlaté město/Goldene Stadt ("Golden City") in Czech/.[4]
Situated on the Vltava River in central Bohemia, Prague has been the political, cultural and economic centre of the Czech state for more than 1,100 years. For many decades during the Gothic and Renaissance eras, Prague was the permanent seat of two Holy Roman Emperors and thus was also the capital of the Holy Roman Empire.
At the present time the city proper is home to about 1.3 million people, while its metropolitan area is estimated to have a population of over 1.9 million.