Inside Refai Mosque in Cairo 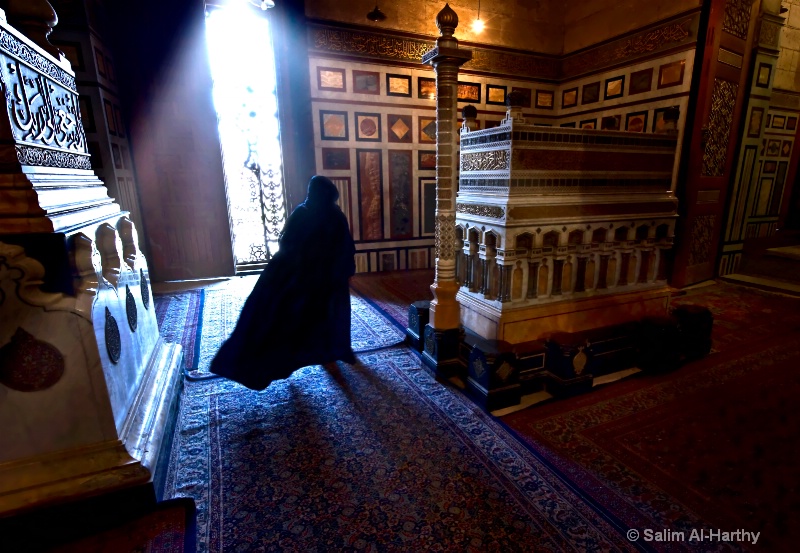 Wonderful light and sense of movement to enhance the mood, Salim. Nice details and colors in the shadows. #1284267

The Al-Rifa'i Mosque (Arabic: مسجد الرفاعى‎, transliterated also as Al-Rifai, Al-Refai, Al-Refa'i, and named in English the Royal Mosque), is located in Cairo, Egypt, in Midan al-Qal'a, adjacent to the Cairo Citadel.
The mosque is the resting place of Khushyar Hanim and her son Isma'il Pasha, as well as numerous other members of Egypt's royal family, including King Farouk, Egypt's last reigning king, whose body was interred here after his death in Rome in 1965. The mosque served briefly as the resting place of Reza Shah Pahlavi of Iran, who died in exile in South Africa in 1944, and was returned to Iran after World War II. Part of the burial chamber is currently occupied by Reza Shah's son Mohammed Reza Pahlavi, who died in Cairo in 1980