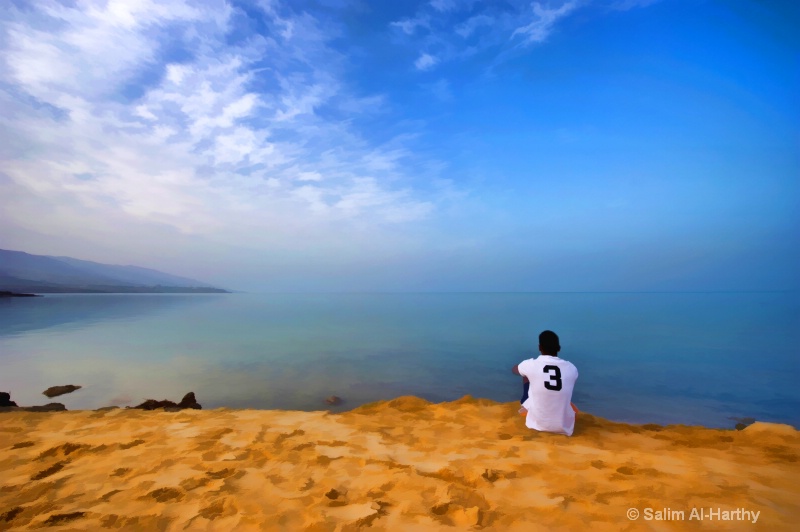 The Dead Sea(Arabic: البَحْر المَيّت‎, al-Baḥr El-Mayyit, Hebrew: יָם הַ‏‏מֶּ‏‏לַ‏ח‎, Yām Ha-Melaḥ; "Dead Sea" , "Sea of Salt"), also called the Salt Sea, is a salt lake bordering Israel and the West Bank to the west, and Jordan to the east. Its surface and shores are 422 metres (1,385 ft) below sea level, the lowest elevation on the Earth's surface on dry land. The Dead Sea is 378 m (1,240 ft) deep, the deepest hypersaline lake in the world. It is also one of the world's saltiest bodies of water, with 33.7% salinity. Only Lake Assal (Djibouti), Garabogazköl and some hypersaline lakes of the McMurdo Dry Valleys in Antarctica (such as Don Juan Pond and perhaps Lake Vanda) have a higher salinity. It is 8.6 times more salty than the ocean.