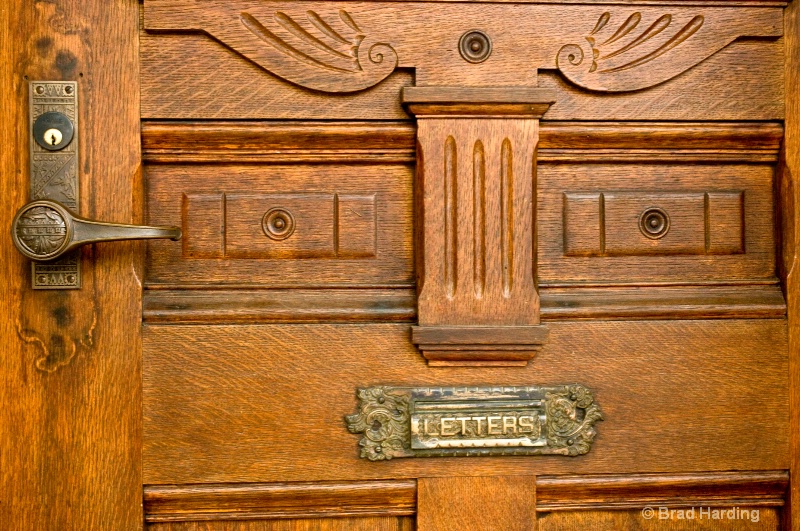 In 1869 John N. Roberts, a civil war veteran, and his wife Emily moved from Ohio to Kansas to establish their business and family in Lawrence. Robert's built his fortune by designing and manufacturing containers, and distinguished himself in business, real estate, politics, and leadership.

The Robert's completed the construction of their new home, known as the "Castle", in 1894. The architecture of the Castle is Victorian Romanesque revival and the fine stone work, as well as its tower, hearkens back to the castles of Scotland. The Roberts family was insistent on hiring noted architect John Haskell to design the structure and Joel Gustafson to act as master stone mason. A young Englishman, Mr. Sidney Endacott, who was visiting his brother in Lawrence for the summer, was hired by General Roberts to do the extensive wood carvings in the home which included the mantles of all five fireplaces and the and the breakfront in the dining room.

Copyright for this gallery photo belongs solely to Brad Harding.
Images may not be copied, downloaded, or used in any way without the expressed, written permission of the photographer.
Log in to follow or message this photographer or report this photo.