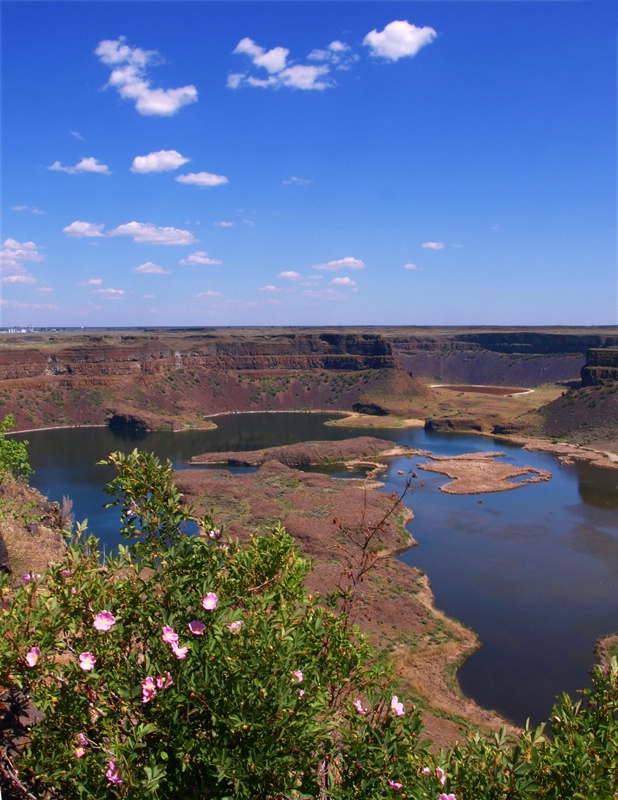 In central Washington, on the opposite side of the Upper Grand Coulee from the Columbia River, and at the head of the Lower Grand Coulee, resides a three and a half mile crescent-shaped precipice known as Dry Falls. Ten times the size of Niagara, Dry Falls is thought to be the greatest known waterfall that ever existed. Geologists speculate that during the last ice age catastrophic flooding channeled water at 65 miles per hour through the Upper Grand Coulee and over this 400-foot (120 m) rock face. At this time, it is estimated that the flow of the falls was ten times the current flow of all the rivers in the world combined.

Copyright for this gallery photo belongs solely to Barbara Sharts. Images may not be copied, downloaded, or used in any way without the expressed, written permission of the photographer.
Log in to follow or message this photographer or report this photo.