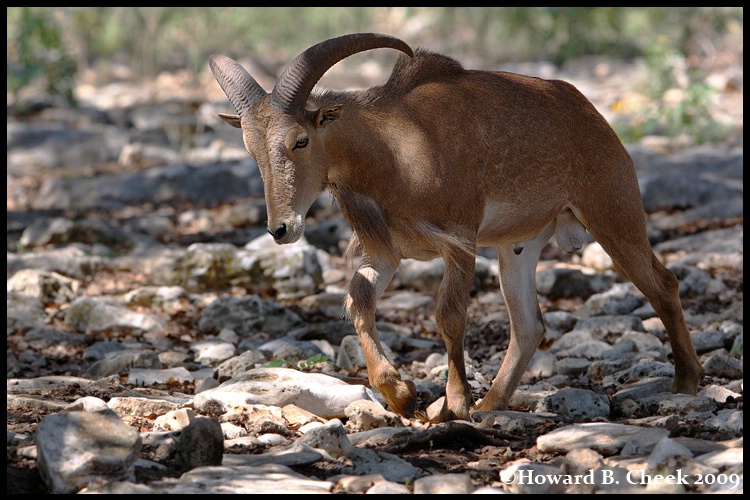 Missed this shot. I'd better try and visit more often! You don't get many chances at a shot like this. Well done! #8020902

The Barbary Sheep (Ammotragus lervia, also called Aoudad and Arui) is a species of Caprinae (goat-antelope) found in rocky mountains in North Africa. Six subspecies have been described. Although it is rare in its native North Africa, it has been introduced to North America, southern Europe and elsewhere.
F/4.5, 1/1300th, ISO 400, Canon 300mm f/2.8 lens in shade, No flash.