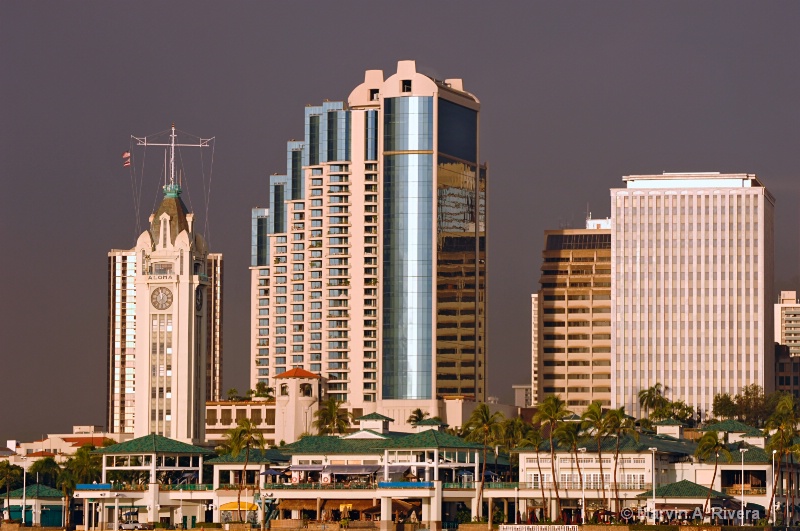 Honolulu Hawaii, taken from the Sand Island Park and captured at Sunset after the rain.

During the next 30 minutes during Sunset I was able to capture so many wonderfull moments in time that I decided to post this second one.

The light was just perfect and the only limitation I had was the time to recompose the frame and to capture another frame.

This capture was taken but minutes earlier than the first Aloha Tower photograph in my gallery.

I hope you enjoy it as much as I do.

Copyright for this gallery photo belongs solely to Marvin A. Rivera. Images may not be copied, downloaded, or used in any way without the expressed, written permission of the photographer.
Log in to follow or message this photographer or report this photo.