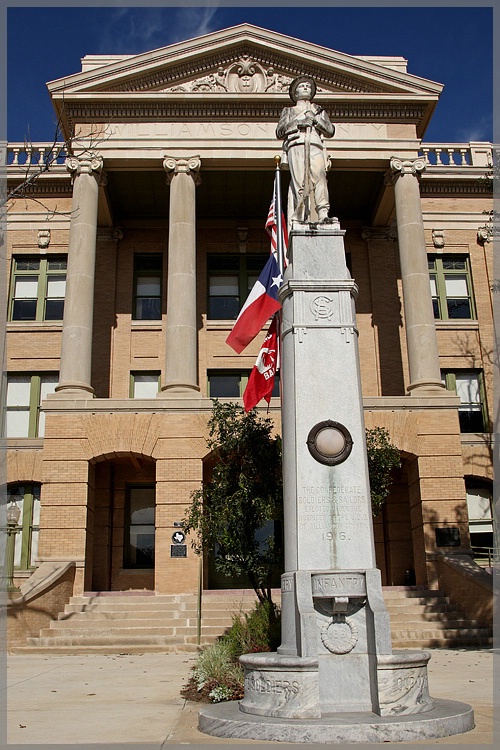 1917, the United Daughters of the Confederacy erected a memorial to confederate soldiers and sailors at the south entrance of the fifth and current Williamson County Courthouse. Confederate Heroes Day is an official holiday and/or observance day to honor those who died fighting for the Confederate States of America during the American Civil War, and combines Robert E. Lee's birthday and Jefferson Davis' birthday into one official holiday. The courthouse was built in 1911.
Canon 24-105mm lens & monopod. Mid-day light.