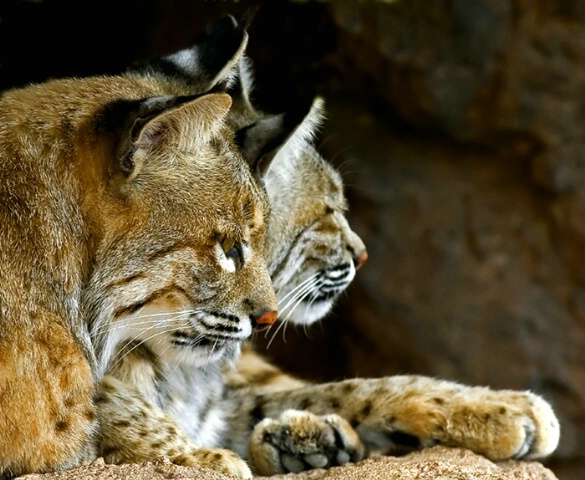 The desert Sun withdrew its rays, beneath in the drywash,
High up, upon their lofty perch they sat, pondering
Whether it was the tiny chipmunk or the cheerful bird
Through the branches below they peered
In the distance a coyote could be heard howling at the absent moon
They were agitated, listening as well to the murmur of the rivulet singing its way briskly into the valley.

As night approached, the birds took shelter and the flowers folded their petals
Silence, tremendous and deafening, descended
They heard a rustle of furry paws though the grass
Taking heed, they saw the young rabbit approaching
It lept beneath the mesquite tree, they saw it without being seen

It looked about in every direction, they heard nothing
They did nothing, laying there soaking up the last wam rays of day

Their souls were happy, rejoicing in their bond, never suffering from human failures of doubt or betrayal or longing
For to doubt in your heart, and hold doubt in l

Copyright for this gallery photo belongs solely to Mundy Hackett.
Images may not be copied, downloaded, or used in any way without the expressed, written permission of the photographer.
Log in to follow or message this photographer or report this photo.