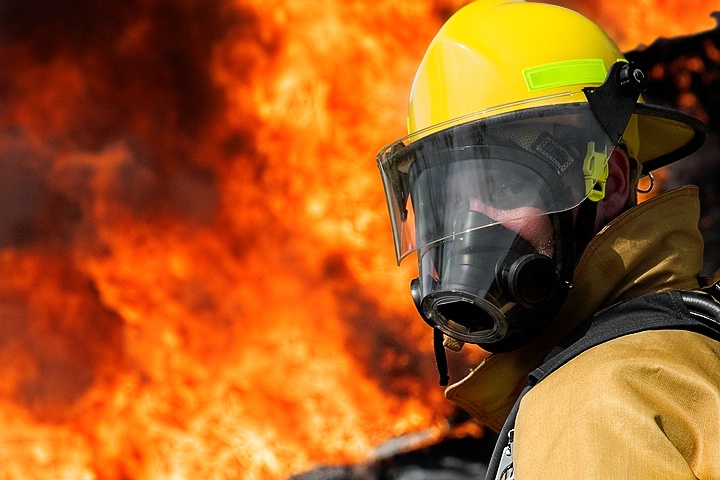 Taken at a "Burn to Learn" in Central Oregon where I was asked to photo-document the burn for the participating fire departments, and the local paper.

I was 25' behind this gent who was 50' from the fire and could only stand there for a matter of seconds before the heat became unbearable.

This image is the Signature Shot in the People section of the Photography On The Net Book Volume 2, 2008 and was chosen as such by a vote of my peers.
(http://photography-on-the.net)

A May 2007 Editors First Pick and a BetterPhoto Members Favorite.

Copyright for this gallery photo belongs solely to Beau Hudspeth Photography. Images may not be copied, downloaded, or used in any way without the expressed, written permission of the photographer.
Log in to follow or message this photographer or report this photo.