Lord of the Rung 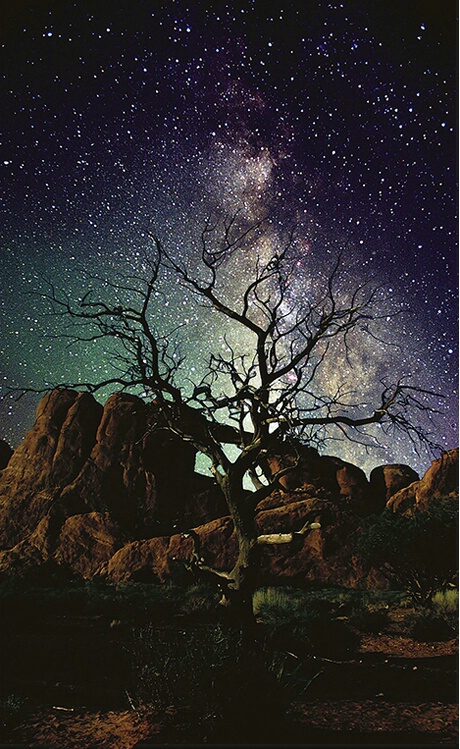 This photo has such a Tolkienesque, fantasy world quality that I gave it this temporary name. It is actually two photos taken in the same place at different times of t he day. The tree and window, in Arches National Park, were taken late in the afternoon. Then, at around midnight, I photographed the sky with camera atop my motorized telescope. The second exposure was ten minutes. Then, when I returned home, it was a matter of taking out the daylight sky and swapping in the Milky Way.

Copyright for this gallery photo belongs solely to Arthur Rosch. Images may not be copied, downloaded, or used in any way without the expressed, written permission of the photographer.
Log in to follow or message this photographer or report this photo.