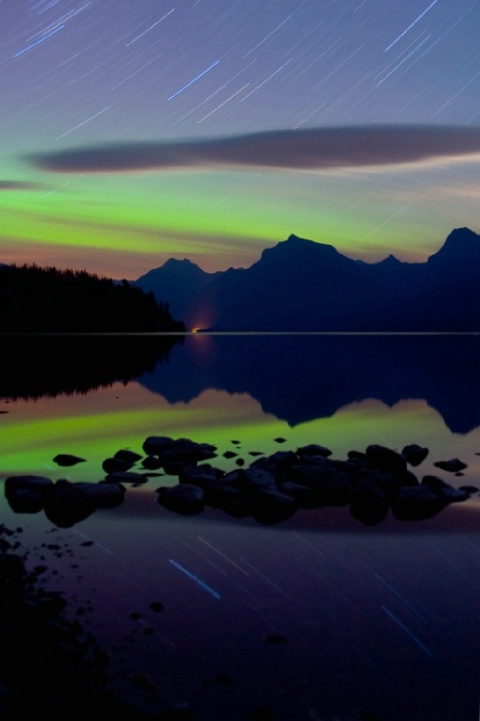 This 20 minute exposure was just before moonrise and at the begining of the exposure there was no color in the sky. In the last 5 or so minutes this awesome display of northern lights started as I got excited to know it was being captured (or hoped it would be). I made a point to capture the star trails in the water as well but the colors was just luck. The faint orange glow at the base of the mountains is from a few stragling cars returning from Logan Pass on the Going to the Sun Highway.

Copyright for this gallery photo belongs solely to Nathaniel C. Morse-Dayton. Images may not be copied, downloaded, or used in any way without the expressed, written permission of the photographer.
Log in to follow or message this photographer or report this photo.