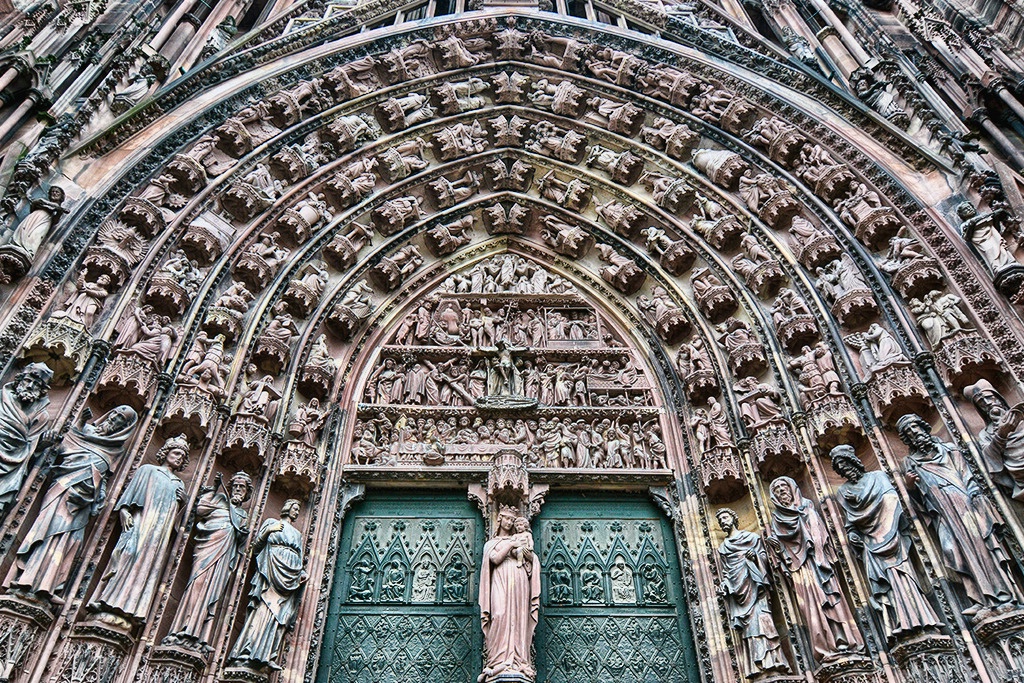 Cathedral of Our Lady of Strasbourg, is a Roman Catholic cathedral in Strasbourg, Alsace, France. Although considerable parts of it are still in Romanesque architecture, it is widely considered to be among the finest examples of high, or late, Gothic architecture. Erwin von Steinbach is credited for major contributions from 1277 to his death in 1318. Today it is the sixth-tallest church in the world and the highest extant structure built entirely in the Middle Ages.

Copyright for this gallery photo belongs solely to Usman M. Bajwa. Images may not be copied, downloaded, or used in any way without the expressed, written permission of the photographer. Contact photographer via gallery
Log in to follow or message this photographer or report this photo.