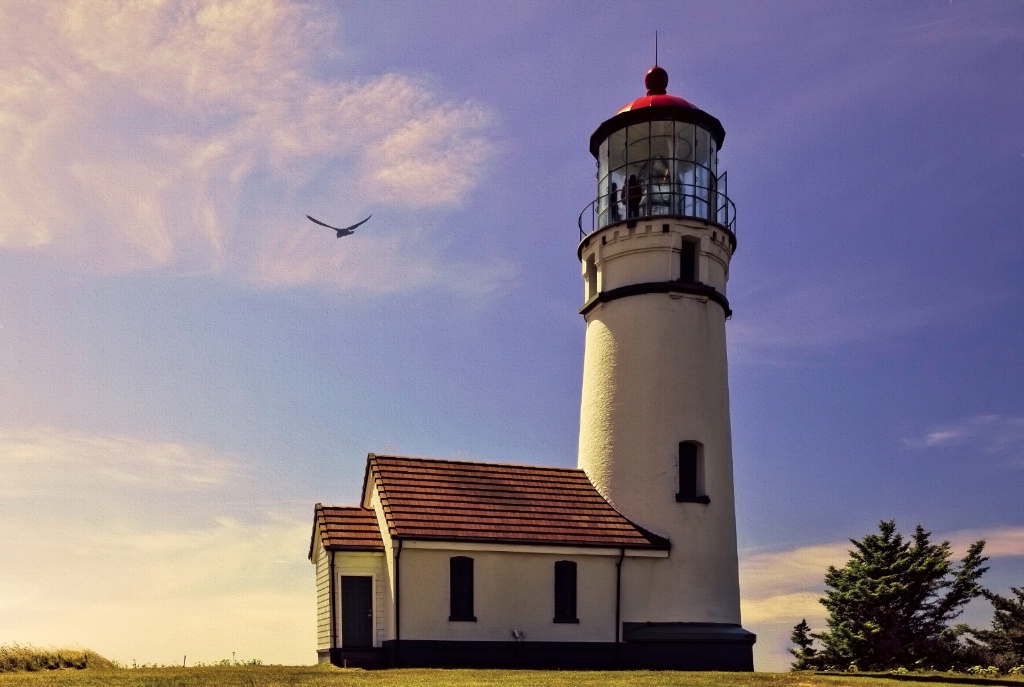 Very nice image with great detail. I also like the details in the text about the light house location and shoot.as I am a light house fan. A Fav. #1659692

Hi Randall! Thanks for looking and commenting on this image. I too am a lighthouse fan. Next time I want to go inside and use a wide angle lens to get the spiral staircase. #11481956

Cape Blanco juts out into the Pacific for 1 and 1/2 miles and ends at a large headland and 200 foot cliffs. It was the chalkiness of these cliffs that led to it's name of Cape Blanco or White Cape. The Light was first lit in December of 1870. In 1936 The first order lens was replaced with a second order lens. The station was automated in 1980 and de-staffed. Due to high winds at the cape the keeper buildings have had various repairs and replacements. The day that I was there the wind would gust at times to where I thought that I would take off like Mary Poppins, however I didn't have an umbrella so it's difficult to say how the landing would go if, indeed that did happen. Currently all of the out buildings and keepers cottages are all gone. The lighthouse itself is open to visitors and if you like, you can climb the spiral staircase and view the area from the top of the light tower.

Copyright for this gallery photo belongs solely to Diane M. Schuster. Images may not be copied, downloaded, or used in any way without the expressed, written permission of the photographer.
Log in to follow or message this photographer or report this photo.