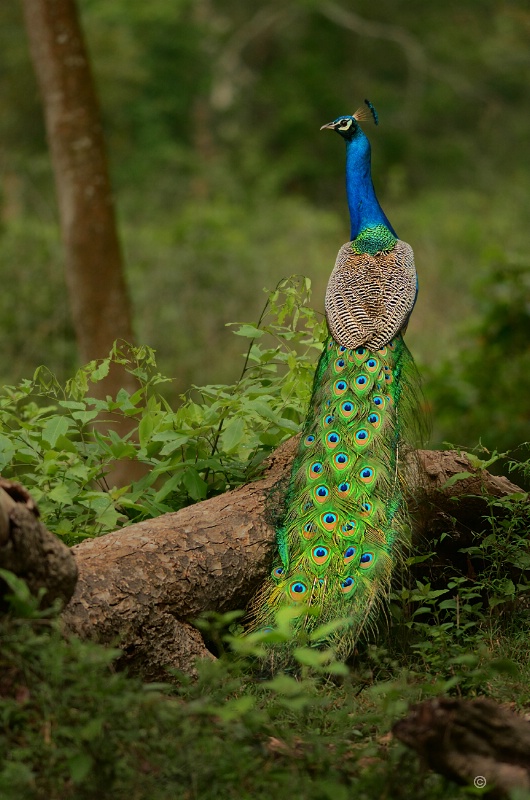 CONGRATZ ON THE FIRST PLACE GOLD!!!

Strong image with color and details! Congratulatons on being a winner! Ann #11318797

This poetic photograph was shot in the deep jungles of Nagarahole National Park. As I drove through the winding paths of nature trail, this unique flamboyant jewel – the national bird of India had so gracefully settled amid thick bushes and flowing greenery in the backdrop. The moment and pose spoke a zillion emotion to my eyes, in that, every animal (birds included) has its roots so naturally ingrained in nature that when the two meet (Animal and Nature), nature's magic gets pronounced on its own. Here is a royal feel of the ecstasy our National bird is gesturing for the pleasure of your eyes!

Copyright for this gallery photo belongs solely to Sreesha . Images may not be copied, downloaded, or used in any way without the expressed, written permission of the photographer.
Log in to follow or message this photographer or report this photo.