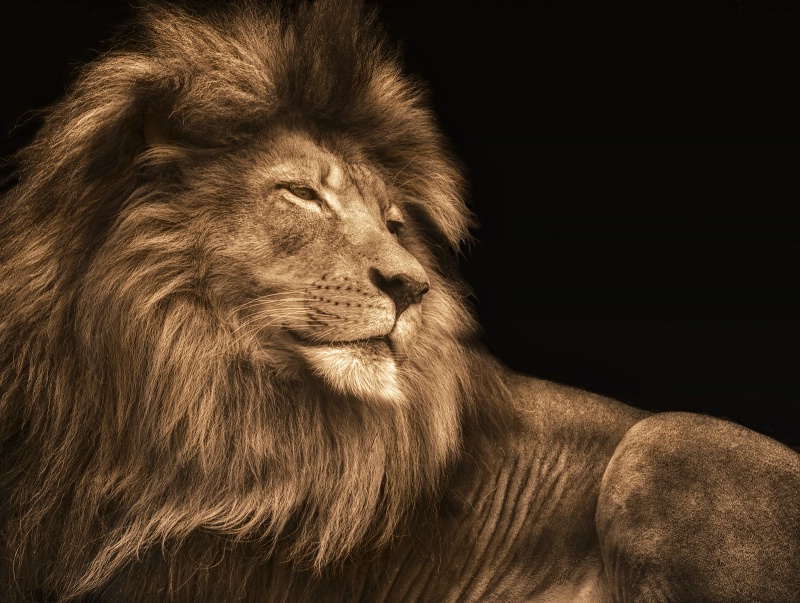 Sad to hear he passes away. This is a perfect capture and most beautiful tribute. Sure to see this again. #1606113

Perfect title for such a beautiful lion. Val, you worked your magic again to produce a stunning portrait of Mr. Regal. Awesome details, color and super lighting in this tribute image. Favorite for me. #11239729

Well Val, my jaw hit the floor again, simply a fantastic image and tribute to this magnificent animal!!!! #11239732

Always sad to lose our Zoo friends - A wonderful portrait of this beautiful lion Val! #11239830

A spectacular tribute to this magnificent animal!! #11239861

Hi Valarie,So sorry to hear he passed away my friend.He sure was a beautiful beast.Awesome capture Planning another trip to Phx zoo this month! #11239896

Agree with Gord, Val, a jaw dropper! Wonderful details in this fantastic closeup!! #11239997

So sad that this beautiful fellow passed away, Val! You did a superb job in capturing him and your treatment is awesome! A wonderful tribute! #11240015

Oh yes, Miss Val, this sure is a beauty, and you have done him justice! Wonderful treatment, been missing your lovely work! #11240134

Gorgeous tribute Val to a majestic King of the jungle. Beautifully seen and presented. #11240275

He sure was magnificent and this fabulous image is a terrific tribute to his memory Val..a real winner in my book! #11240414

A stunning portrait of Mr Regal with gorgeous comp and tones - perfection! #11241569

Beautiful animal, beautiful tribute. So sorry to hear about the loss. #11241618

Beautiful beast and your tribute portrait is gorgeous Val. #11248781

Lovely work and a wonderful tribute to this marvelous creature. #11266686

So worthy of an Award! Congratulations on this finalist Val. #11275121

Val, I believe you've captured his inner essence! Congrats on your "regal" finalist and there has to be a gold badge to follow! #11275264

Very regal for sure. Congrats on another fabulous finalist, Val #11275533

What a beautiful tribute portrait, Val. Congratulations on your finalist. #11275701

Such a well deserved winner! Glad this beautiful tribute photo got some gold!
CONGRATULATIONS to you, Val!
#11276162

Regal, indeed! Beautiful memorial of this amazing creature. He is just amazing, and your portrait of him captures his majesty well. Congratulations on the win, Val! #11276310

Congratulation Val on your Gold Medal Winner for your stunning portrait capture of Mr. Regal. Awesome work as always. #11276458

Congratulations on this well deserved winner! #11276627

Huge congrats on your gold win, Val, for this magnificent portrait! #11277199

Congrats Val on this wonderful and very special Winning image!! #11277296

A most deserving win for this stunning portrait my friend - many congrats! #11283238

A beautiful tribute and so glad to see this win a gold! Congratulations Val! #11284697

Congratulations on all of your GOLD for the 20th year Anniversary of BP. Your work is so awesome and it's really great that this beautiful animals has been honored once more! :) -LOTW :))) #11446487

A magnificent animal, and a magnificent Triple Gold, Val!
Congratulations, and best of luck in the rounds to follow for your All-Time award! #11446552

Congrats on all your wonderful All Time gold - so well deserved my friend! #11462093

Congratulations on ALL your All Time Staff Favorites!! I suspect we'll see more of these!!! #11463459

From the Cameron Park Zoo in Waco, TX - A tribute to "Sam-Jack" - an African lion named after a former Waco mayor. I discovered he had passed away - scoured my archives and found this photo of him...decided to do a portrait in his memory. He was truly one magnificent animal.

Copyright for this gallery photo belongs solely to Val Feldman. Images may not be copied, downloaded, or used in any way without the expressed, written permission of the photographer. Contact photographer via gallery
Log in to follow or message this photographer or report this photo.