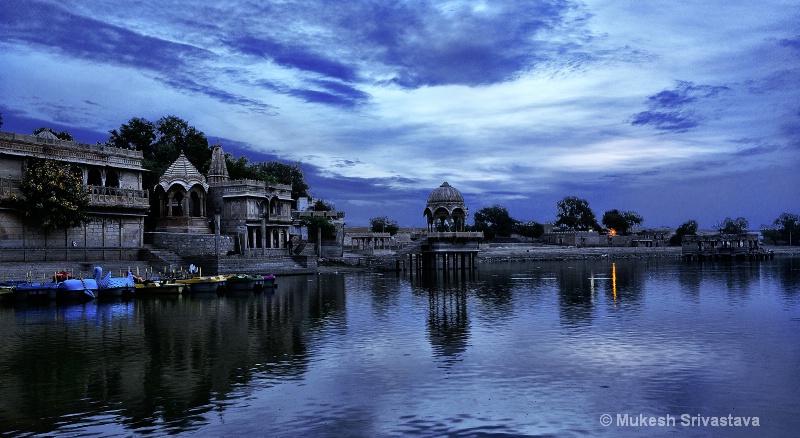 Gadsisar Lake was excavated in 1367 AD by Maharawal Gadsi Singh. This rainwater lake was the only source of water for the entire city in those days. The site was selected as it had natural declivity and automatically retained some of the rainwater. The elaborate gateway to the lake was built by a royal courtesan towards the end of 19th century. The beautiful arched structure is known as Teelon-ki-prol (gate of Teelon). There is a small temple of Lord Vishnu on top of the gate. The Gadsisar Lake is surrounded by many shrines and temples mainly dedicated to Lord Shiva and Vishnu.

Copyright for this gallery photo belongs solely to Mukesh Srivastava. Images may not be copied, downloaded, or used in any way without the expressed, written permission of the photographer.
Log in to follow or message this photographer or report this photo.