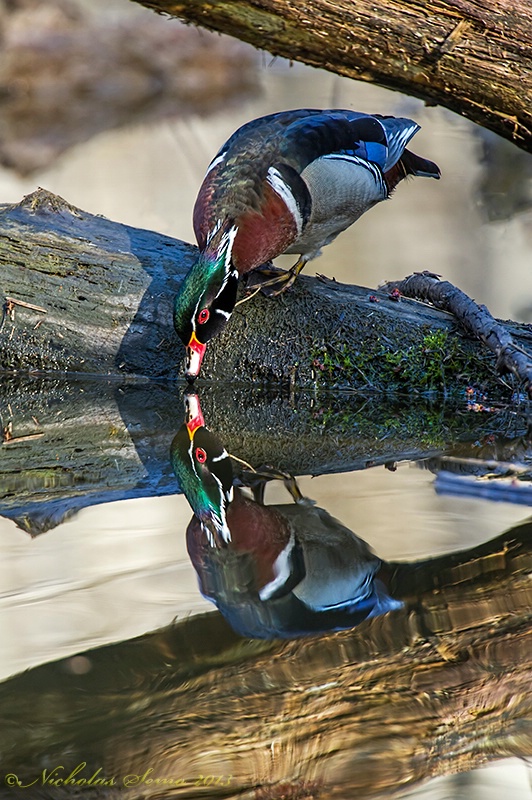 I had been photographing this woody for about an hour. When he got on this log and was standing there I could see his reflection and thought "that's pretty cool" Then he started to dip his head to get a drink and I fired away at high speed. I was amazed to see I captured a photo of him a split second before his bill hit the water.

Copyright for this gallery photo belongs solely to Nicholas Semo. Images may not be copied, downloaded, or used in any way without the expressed, written permission of the photographer.
Log in to follow or message this photographer or report this photo.