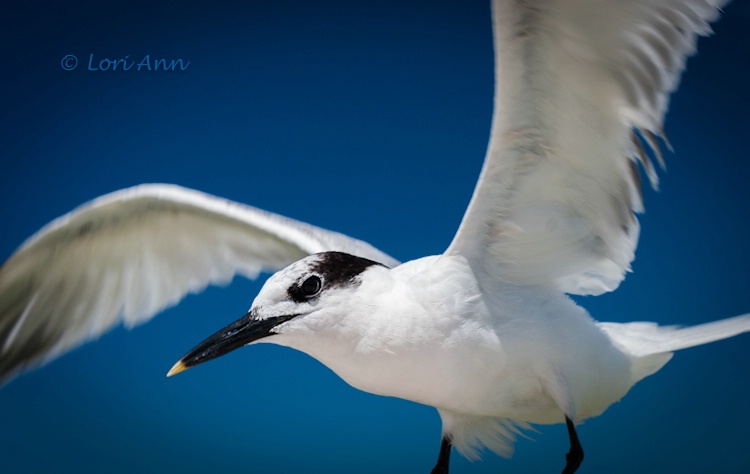 ISO 200 50mm f/8.0 1/320 sec Polarizer & added Vignette
I was sooooo excited when I finally laid eyes on a Sandwich Tern with its mustard-tipped bill.
To me, the history of their name makes them that more special & adds to their cuteness!
The tern is named for the Sandwich Islands (as Captain James Cook named them), now known as the Hawaiian Islands.
Both the islands & the sandwich were named for the Earl of Sandwich (one of Cook's financial backers & a fan of meals between bread slices).

Copyright for this gallery photo belongs solely to Lori Carlson. Images may not be copied, downloaded, or used in any way without the expressed, written permission of the photographer.
Log in to follow or message this photographer or report this photo.