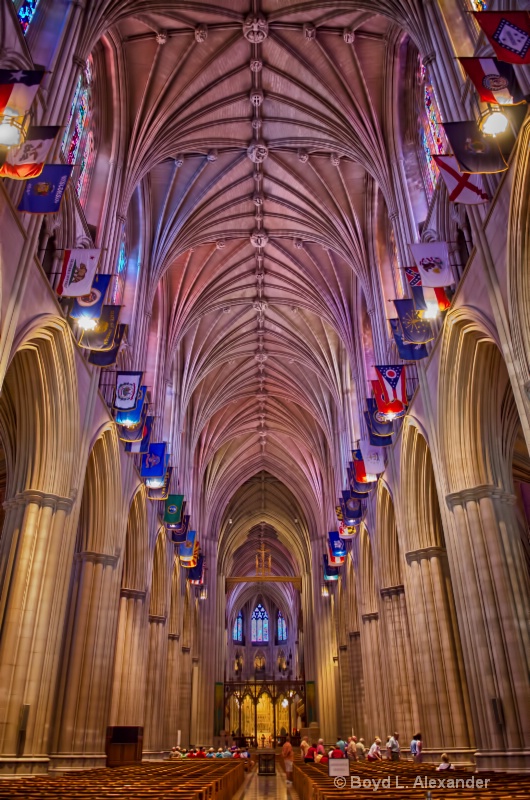 The Cathedral Church of Saint Peter and Saint Paul, popularly known as Washington National Cathedral, is a cathedral of the Episcopal Church located in Washington, D.C., Of neogothic design, it is the sixth-largest cathedral in the world, the second-largest in the United States,[1] and the fourth-tallest structure in Washington, D.C.
The Protestant Episcopal Cathedral Foundation, erected the cathedral under a charter passed by the United States Congress on January 6, 1893. Construction began on September 29, 1907, when the foundation stone was laid in the presence of President Theodore Roosevelt and a crowd of more than 20,000, and ended 83 years later when the last finial was placed in the presence of President George H. W. Bush in 1990.

The Cathedral was badly damaged by an earthquake on August 23, 2011. Restoration work is still ongoing and will take many years to complete.

One of the best captures of the cathedral I have seen from this perspective! #10241769

Copyright for this gallery photo belongs solely to Boyd L. Alexander.
Images may not be copied, downloaded, or used in any way without the expressed, written permission of the photographer.
Log in to follow or message this photographer or report this photo.