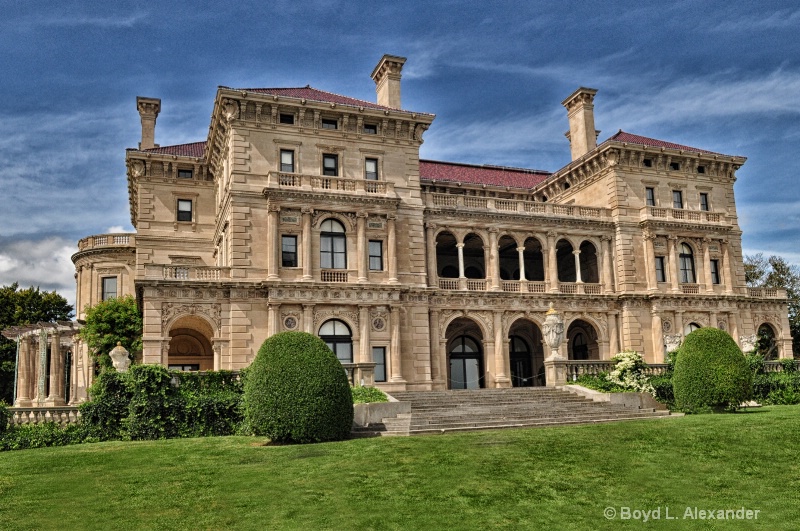 The Breakers is a Vanderbilt mansion located on Ochre Point Avenue, Newport, Rhode Island, United States on the Atlantic Ocean. It is a National Historic Landmark.
The Breakers was built as the Newport summer home of Cornelius Vanderbilt II, a member of the wealthy United States Vanderbilt family. It is built in a style often described as Goût Rothschild. Designed by renowned architect Richard Morris Hunt and with interior decoration by Jules Allard and Sons and Ogden Codman, Jr., the 70-room mansion has approximately 65,000 sq ft (6,000 m2) of living space. The home was constructed between 1893 and 1895 at a cost of more than $12 million (approximately $335 million in today's dollars adjusted for inflation).