River of Voyageurs, River of Industry 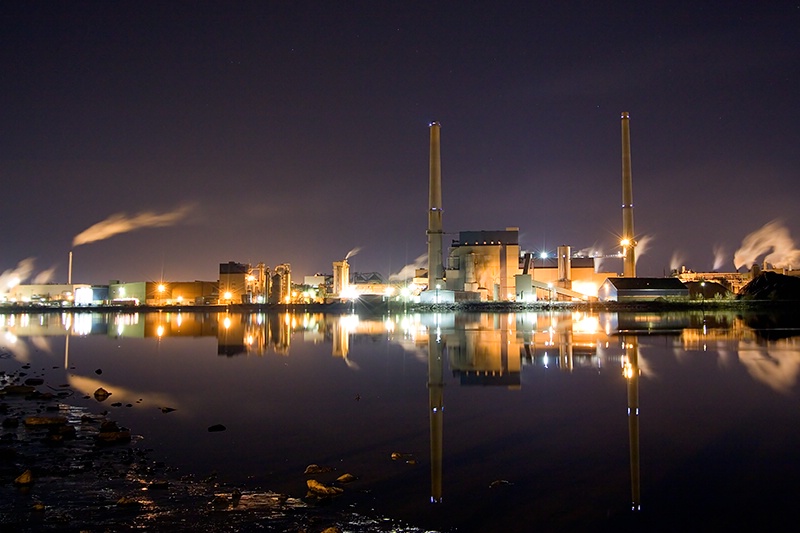 Congratulations on your gorgeous finalist, Steven! #9413637

It is with great pleasure that I offer my congratulations on your award for the month of April. Merna

That is great that they are dredging it...fantastic image, Steven! Congratulations on your finalist! #9416028

The Fox River at Green Bay, Wisconsin about two river miles upstream of the river mouth at Green Bay. The Fox River is one of the only rivers in the world that flows north. It was also the transportation highway that carried 17th century explorers Jean Nicolet (1634) and Father Jacques Marquette & Louis Jolliet (1673) past this very spot on their ventures into the heart of the new world. The facility in this image is a paper mill that burns coal to create steam for use in the paper making process and for heating the facility as needed. The City of Green Bay and the whole Fox River Valley were built on the paper industry. The industry has taken its toll on the river, however. A 10-year project for dredging PCB sediments from the river is currently in its 2nd year – funded by the USEPA and the responsible parties (several paper companies). I can only imagine what those early explorers would be thinking as their paddles cut through the water on their way past this spot today . . . .

Copyright for this gallery photo belongs solely to Steven W. Lepak. Images may not be copied, downloaded, or used in any way without the expressed, written permission of the photographer.
Log in to follow or message this photographer or report this photo.