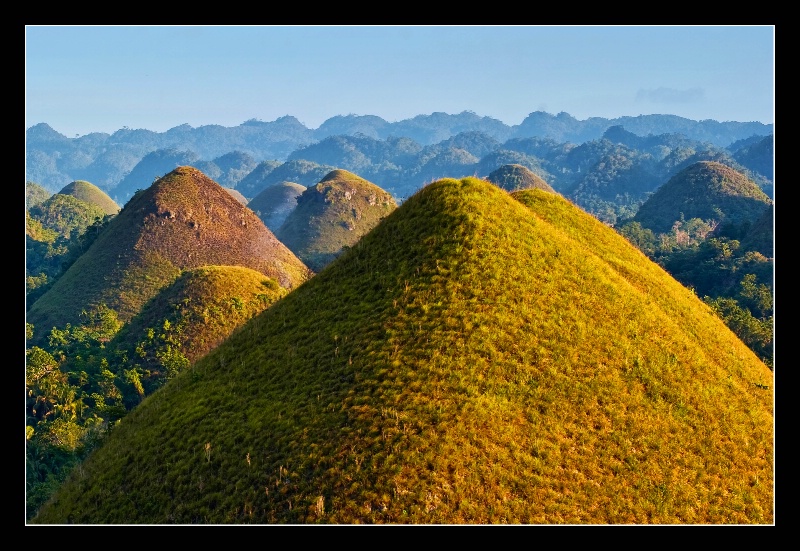 Congratulations on your finalist Salim! #8636982

The Chocolate Hills are probably Bohol's most famous tourist attraction. They look like giant mole hills. Most people who first see pictures of this landscape can hardly believe that these hills are not a man-made artifact. However, this idea is quickly abandoned, as the effort would surely surpass the construction of the pyramids in Egypt. The chocolate hills consist of are no less than 1268 hills (some claim this to be the exact number). They are very uniform in shape and mostly between 30 and 50 meters high. They are covered with grass, which, at the end of the dry season, turns chocolate brown. From this color, the hills derive their name. At other times, the hills are green, and the association may be a bit difficult to make.