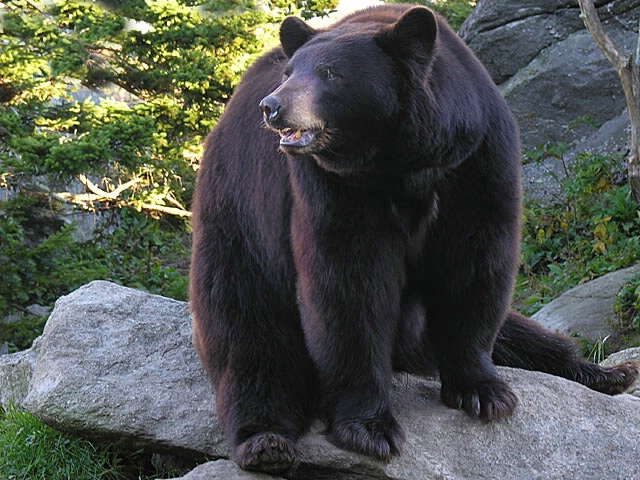 The American black bear is found only in North America. The population is estimated at 750,000. They live in forests as far south as Florida and northern Mexico and as far north as forests grow in Alaska and Canada.

Wild male black bears of breeding age usually weigh between 125 and 500 pounds, depending upon age, season, and food. Very well fed bears can be heavier. The record is 880 pounds in Craven County, North Carolina, and a close second from northeastern Minnesota weighed 876 pounds on September 5, 1994. Wild females usually weigh between 90 and 300 pounds with the heaviest known female weighing 520 pounds in northeastern Minnesota on August 30, 1993. Black bears in captivity may exceed these records.

Copyright for this gallery photo belongs solely to Grayce Pedulla Dillon.
Images may not be copied, downloaded, or used in any way without the expressed, written permission of the photographer.
Log in to follow or message this photographer or report this photo.