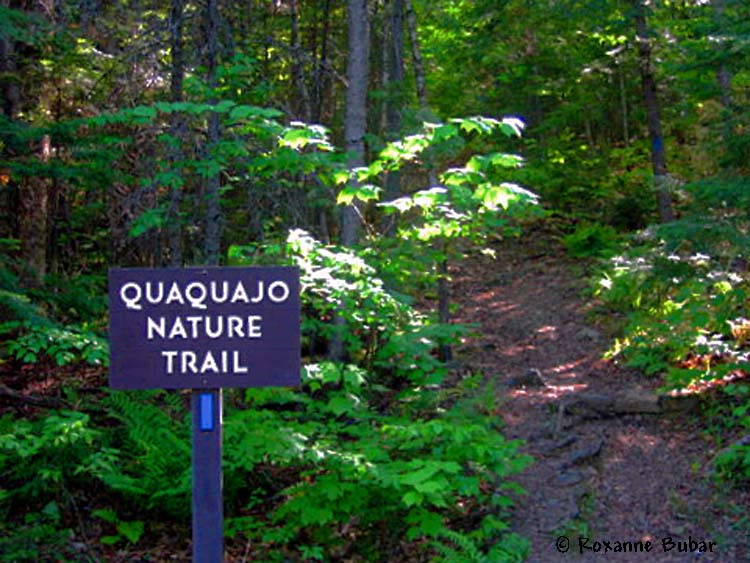 Photo taken one summer. This is the start of our hike.
"QUAGGY JOE"
Tradition says the hill derives its name from an Indian by the name of Joe, who was found entombed by some early explorer or surveyor, near a quagmire at its base, hence Quagmire or "Quaggy Joe". To the east at the base of the mountain lies a beautiful lake of about one hundred acres. Although only a brook when the first settlers arrived, it was called Echo Lake. Tradition says that Indians going onto the mountain and sounding their war-whoops would hear an echo.
The summit is said to be 2000 feet higher than the surface of the lake. The east side of the mountain for nearly half the distance down from the top is near

Copyright for this gallery photo belongs solely to Roxanne M. Bubar. Images may not be copied, downloaded, or used in any way without the expressed, written permission of the photographer.
Log in to follow or message this photographer or report this photo.