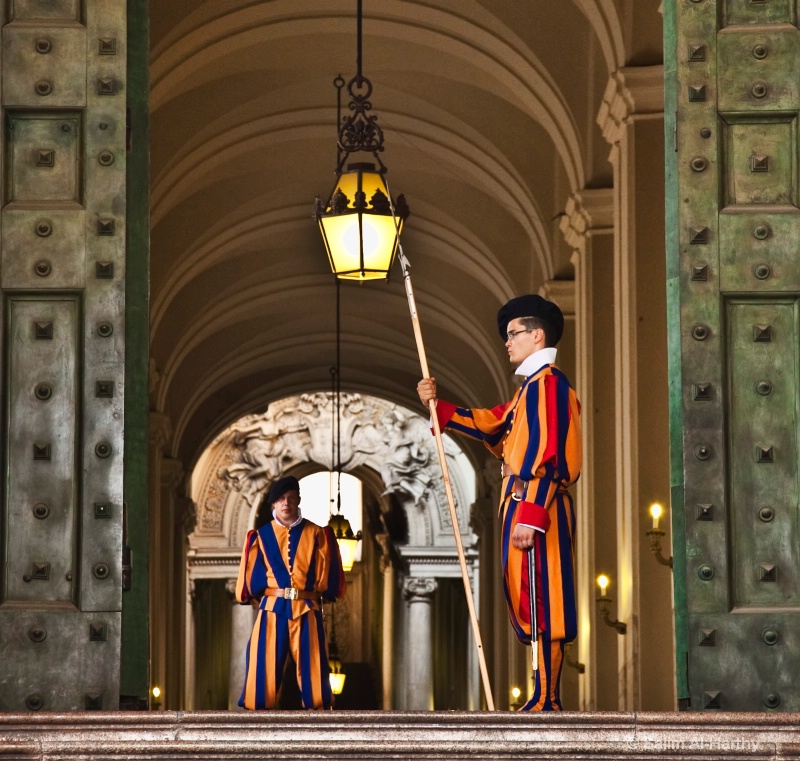 Swiss Guards is the name given to the Swiss soldiers who have served as bodyguards, ceremonial guards, and palace guards at foreign European courts since the late 15th century. In contemporary usage, it refers to the Pontifical Swiss Guard of Vatican City. They have a high reputation for discipline and loyalty to their employers. Apart from household and guard units regular Swiss mercenary regiments have served as line troops in various armies; notably those of France, Spain and Naples up to the