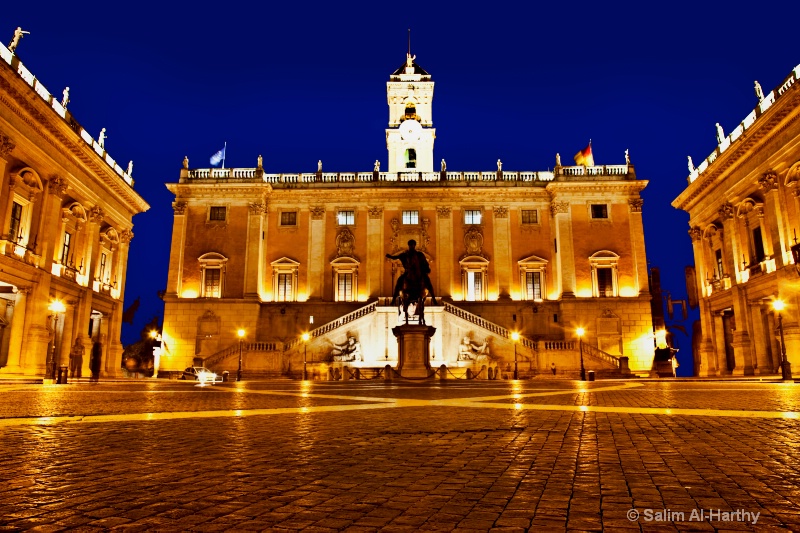 The Capitol Hill (Colle del Campidoglio), which nowadays hosts the Municipality of Rome, was the eldest fortress in Rome and here was the Temple of Jupiter. The current arrangement of the Piazza belongs to the XVI century and was prepared by Michelangelo Buonarroti, who planned two of the palaces delimiting three sides of the square, the wide stairway who leads to the top of the hill on the fourth side and the geometric drawing on the ground floor, built in recent times following the original project. In the middle of the square was placed the equestrian statue of emperor Marcus Aurelius, now replaced by a copy. The three palaces (Palace of Conservatori, Palace Nuovo and Palace Senatorio) host the Musei Capitolini (Capitoline Museums) with a plentiful collection or archaeological remains of ancient Rome