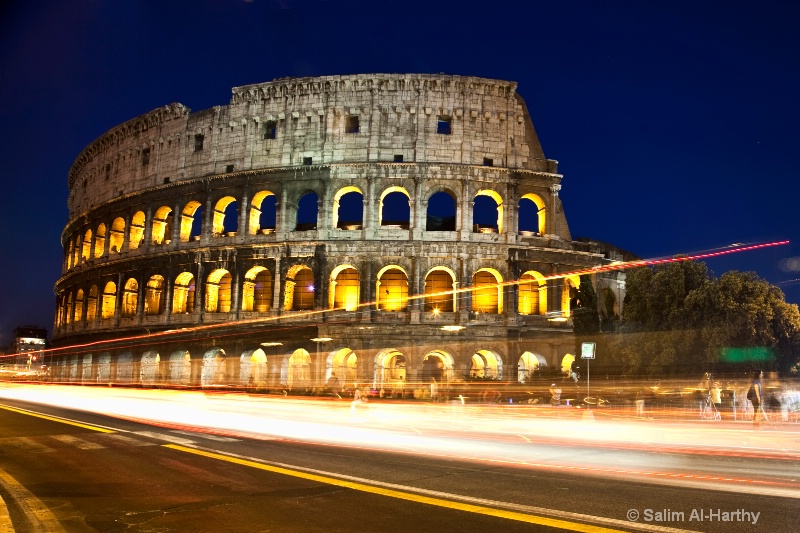 The Colosseum or Roman Coliseum, originally the Flavian Amphitheatre (Latin: Amphitheatrum Flavium, Italian Anfiteatro Flavio or Colosseo), is an elliptical amphitheatre in the center of the city of Rome, Italy, the largest ever built in the Roman Empire. It is considered one of the greatest works of Roman architecture and Roman engineering.
Occupying a site just east of the Roman Forum, its construction started between 70 and 72 AD[1] under the emperor Vespasian and was completed in 80 AD under Titus,[2] with further modifications being made during Domitian's reign (81–96).[3] The name "Amphitheatrum Flavium" derives from both Vespasian's and Titus's family name (Flavius, from the gens Flavia).
Capable of seating 50,000 spectators,[1][4][5] the Colosseum was used for gladiatorial contests and public spectacles. As well as the gladiatorial games, other public spectacles were held there, such as mock sea battles, animal hunts, executions, re-en

Copyright for this gallery photo belongs solely to Salim Al-Harthy.
Images may not be copied, downloaded, or used in any way without the expressed, written permission of the photographer.
Log in to follow or message this photographer or report this photo.