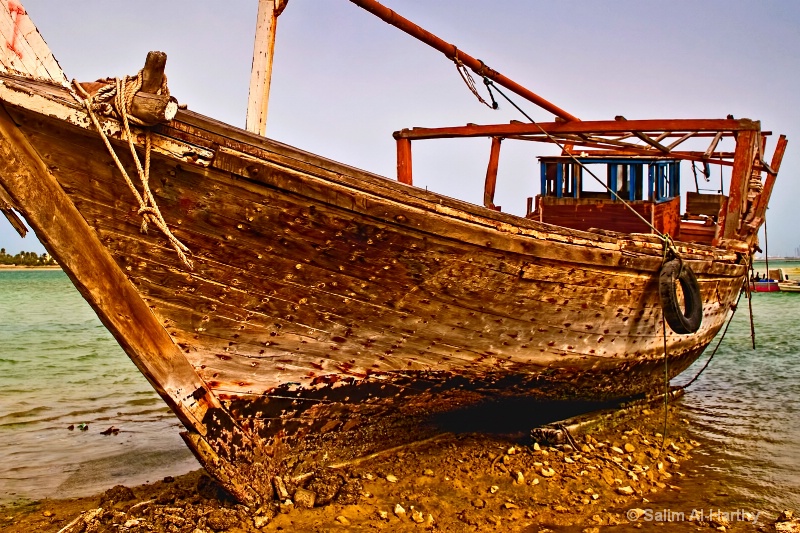 Typical scenery you will find in Arad beach in bahrain, several stranded boat laying all alone ready to be photographed
Arad (Arabic: عراد‎) is a town in Bahrain, located on Muharraq Island. It lies east of Muharraq City and northwest of Hidd. It was originally a small farming village inhabited by Baharna Shia. It later expanded to include new middle-class housing, which brought with it a large Sunni population also.